I’ve been an entrepreneur for over 30 years. Last time I had a “job” was 1989 and that was for a very short period of time. I feel content, powerful and free. And not just content to rest where I am but constantly evolving to the next best version.

I LOVE business. I LOVE empowering women to be powerful and feminine. And I LOVE the intersection of consciousness in life and business.

It’s my wild brilliance, to empower changemakers and mystics to be seen, be heard and be profitable. And not only with straight up biz dev techniques, but feminine energy as a way to create a specific result.

A few weeks ago I stopped by to visit an old client. She had started her business on her kitchen stove and I was her first coach. She shared with me that her little "kitchen stove" business had ran over the $1M dollar mark in 2021 and thanked me profusely for sharing the business and energy tools she needed to create a wildly successful business. Gotta be honest, I broke down crying out of sheer joy for her and deep gratitude for the work I'm called to do. It made me think about my first business cleaning houses.his area 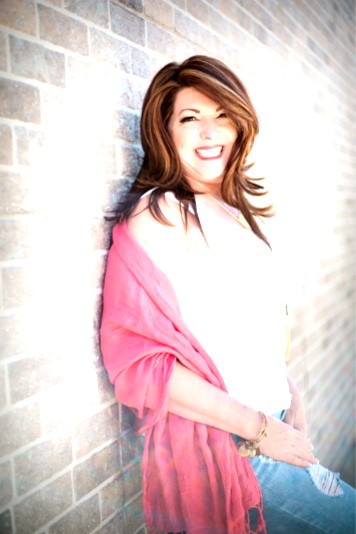 Six months after I had graduated from high school, I was married and became a member of a strict religion. In addition to being forbidden to watch television, listen to music, cut my hair, or wear pants in public, I was also subjected to intimidation and abuse in the name of religion because women should obey their man.

After seven years, when I confronted church leaders about this behavior, I was condemned and cast out. Invisible to my entire congregation and extended family. With nothing to fall back upon, no money, education, or community, my three daughters and I set out to make a new life. Every extra penny I had, I poured into educating myself and I started several businesses, including a house cleaning business.

In time I opened and ran a successful medical massage clinic. I have personally worked with over 10,000 patients. My specialty was post-traumatic-stress-disorder and closed head injuries. It's that body-centered approach that inspired my books and the system I created called the Feminine Manifesting Map. text in this area

My training is in all kinds of energy work, (I’ve been a Reiki teacher since 1992), cranial sacral, biofeedback, hypnosis, Sensorimotor Psychotherapy, Trauma Touch, MindBodyEnergy, plus outcome -based massage for medical conditions. The body is where everything starts and ends, and getting to the heart of the matter always starts with getting into the body.

It's why I love using cannabis with deep respect and awareness. For me,  cannabis helped me discover in myself the power to throw new light on my own  long standing trauma. She helps me learn how to use this power to overcome my own distorted ideas and attitudes.

I get free to live the most amazing version of me that I can.  And I'd like to share that with you.

So nice to meet you,

PS If you have ANY questions, get on my schedule. I would love to meet you!

text in this area